The gif from the video below features actress Angela Kinsey’s nude boobs and butt from the movie “Half Magic” (2018) expertly color-corrected.

The blonde is undressing, so you first see her bare shoulders, followed by a naked look from the side as a man looks at her while she stands by a bed. You see her left tit and bare butt, and after a bit, the man stands up to kiss her before turning her and laying her down on the bed with him. 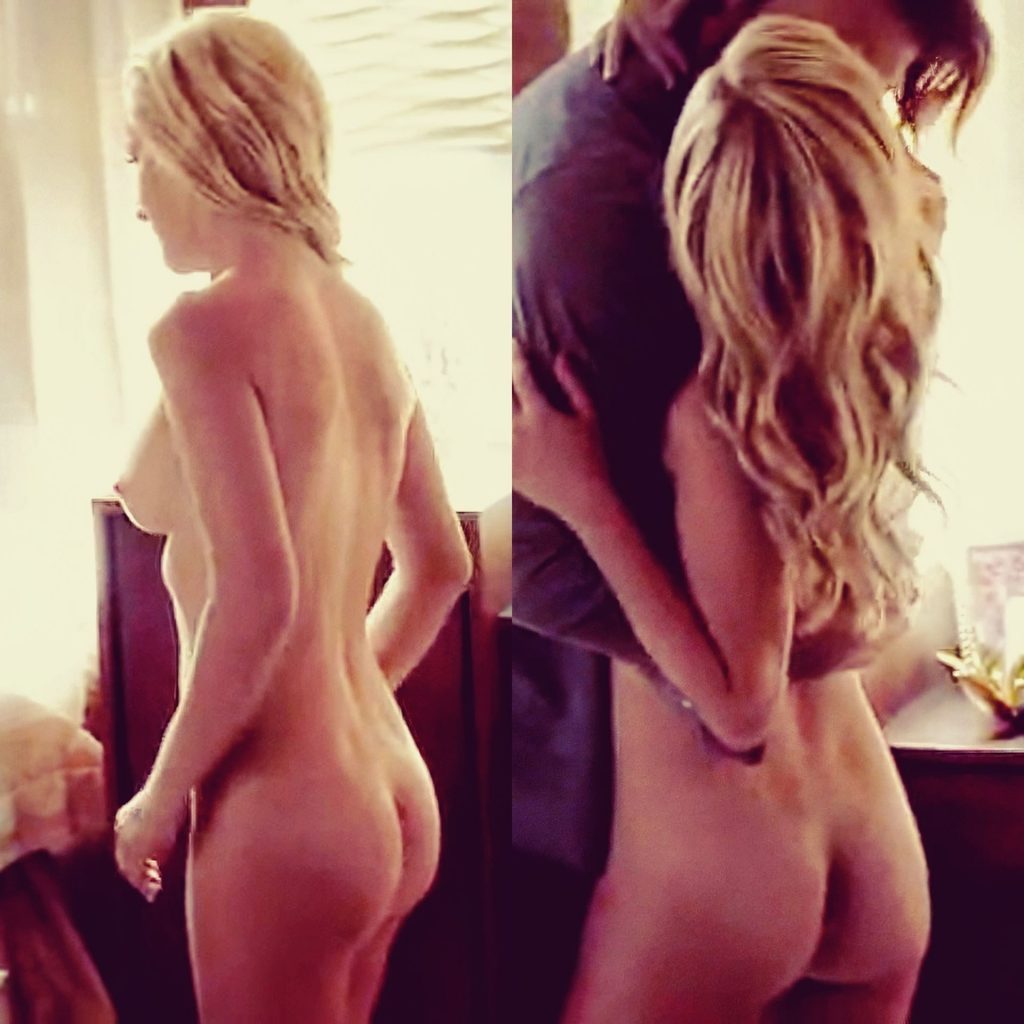