Young American bikini/lingerie model Alexis Ren is seeking the attention of the world by publishing provocative pictures. Here are some sexy and topless (covered) photos (September 2018).

Alexis enjoys sports since childhood. She likes dancing, ballet, and fitness. The hard training helped Ren to create the body of her dreams. Every morning the model does pilates and yoga for an hour. Alexis tries every day to go to the gym. Her training includes cardio, treadmill and stair exercises.

Alexis Ren does a lot of walking and hiking. Alexis includes boxing and martial arts elements in her workout. She is perfectly able to ride a skateboard, like any native of California.

Alexis Ren starred in the music video for Hey by Fais and Afrojack. In 2017, the model was offered a role in the movie “Deported.” One of Alexis’s projects was game advertising for mobile phones “Final Fantasy 15: New Empire.”

Alexis Ren and Jay Alvarez were romantically involved. The couple broke up in the summer of 2016. Public controversy and Twitter attacks accompanied the breakup. Alexis is single now. 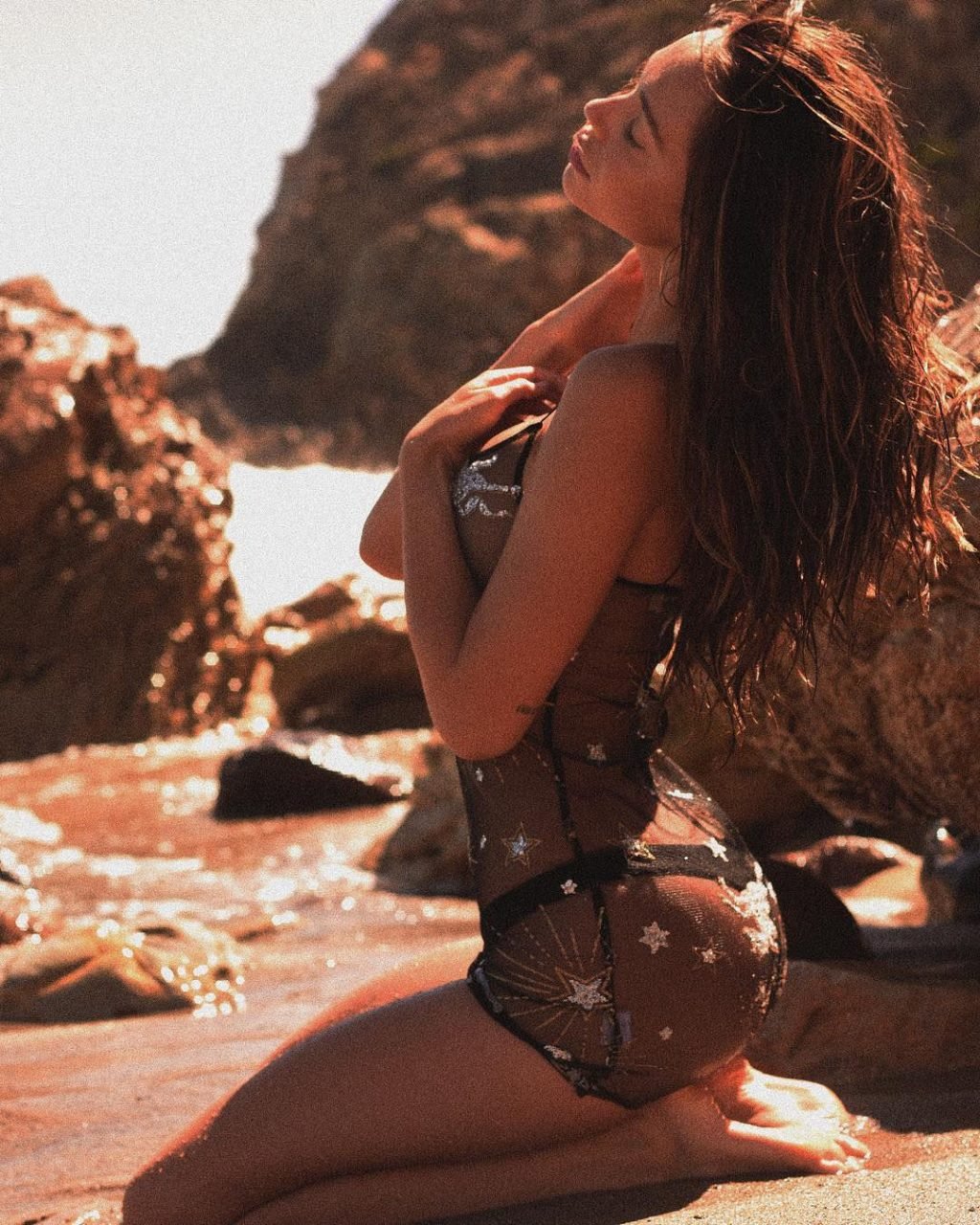 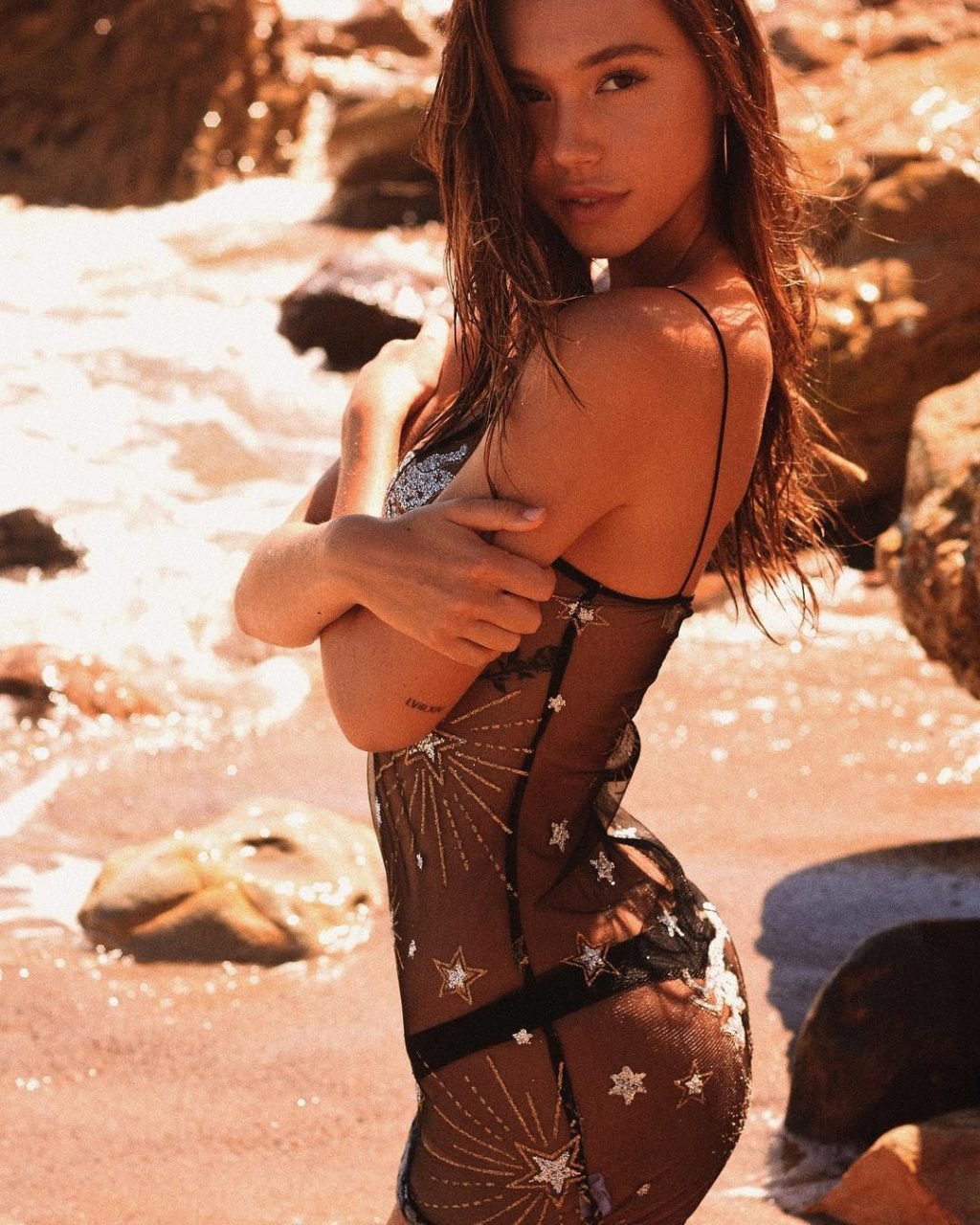 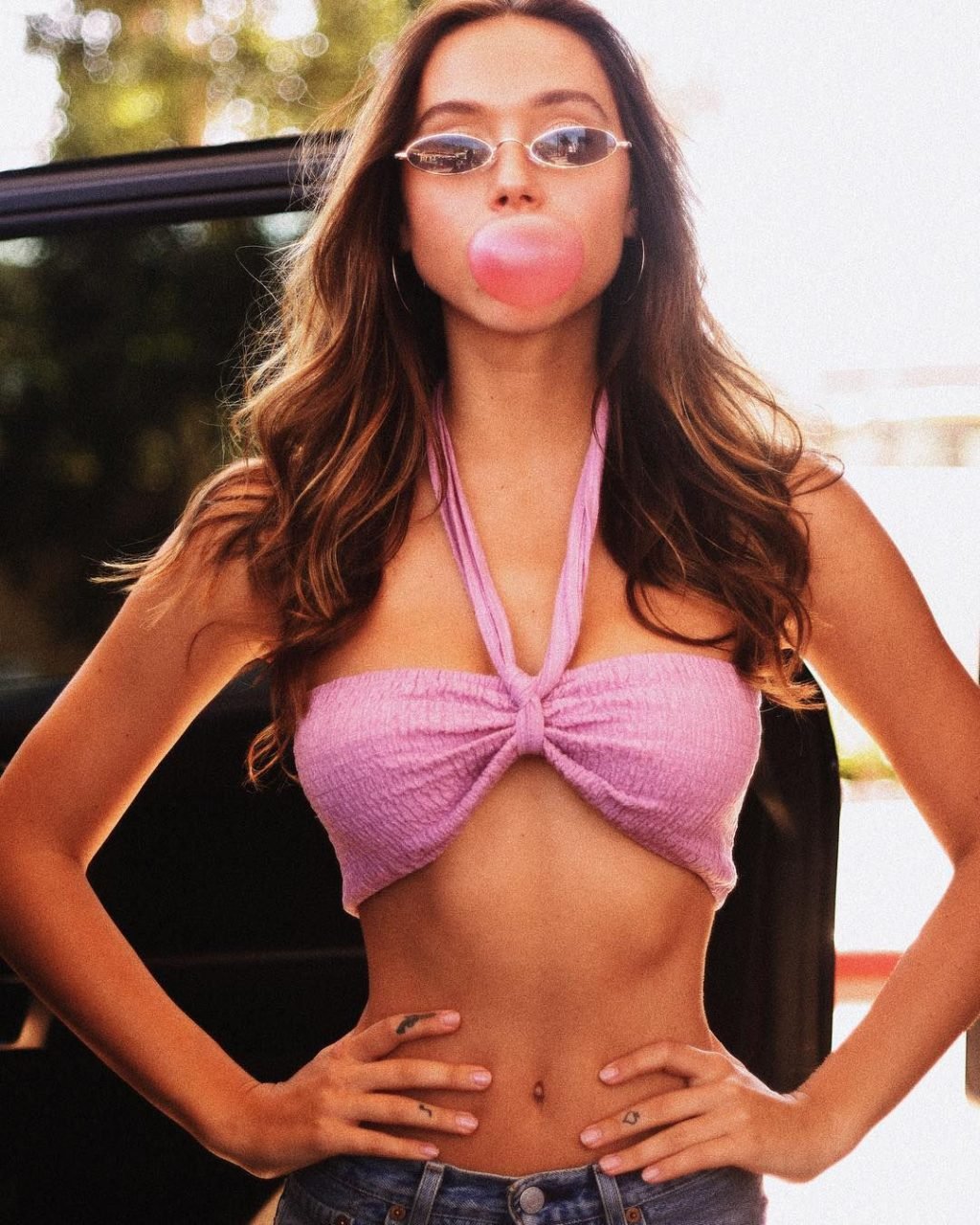 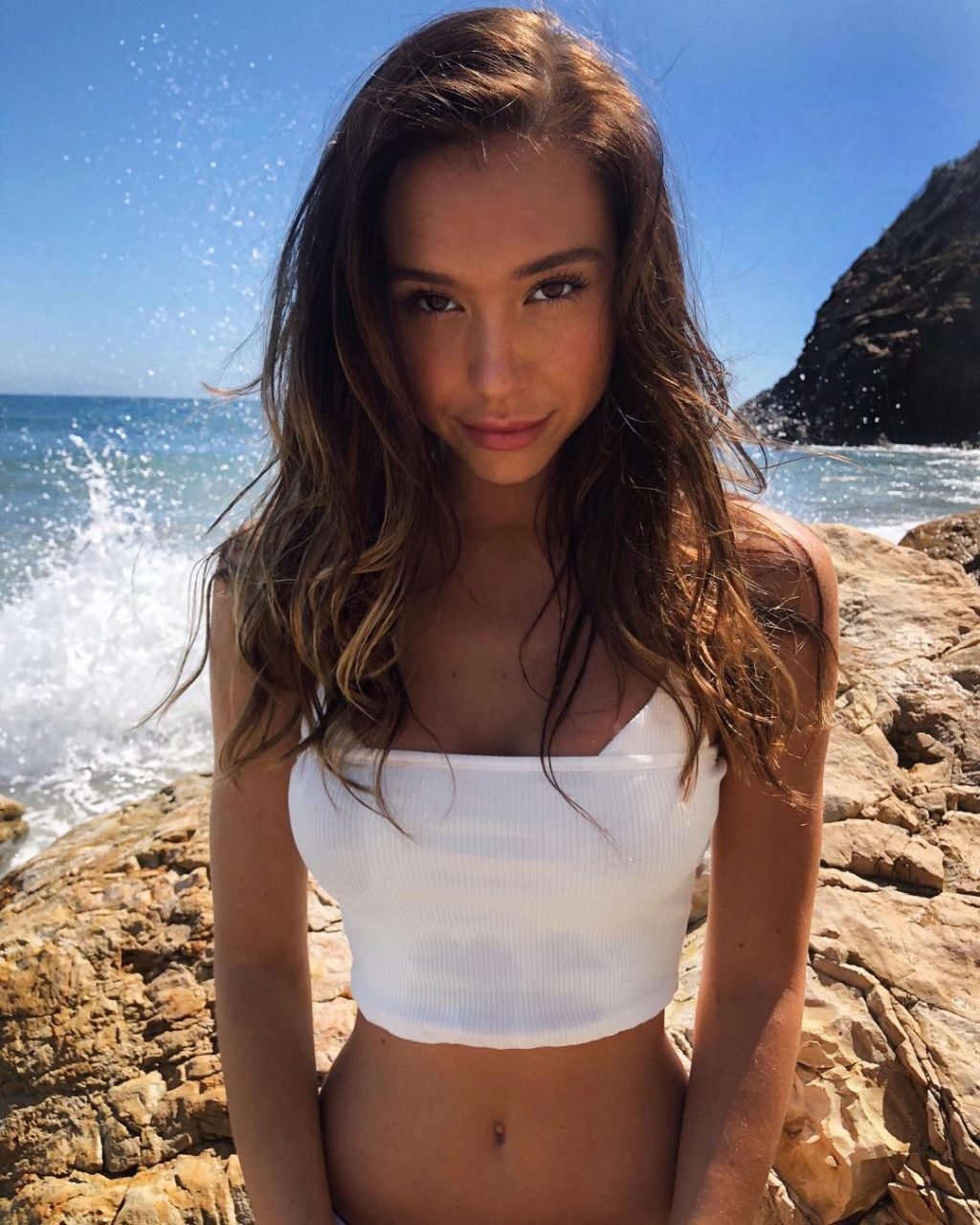 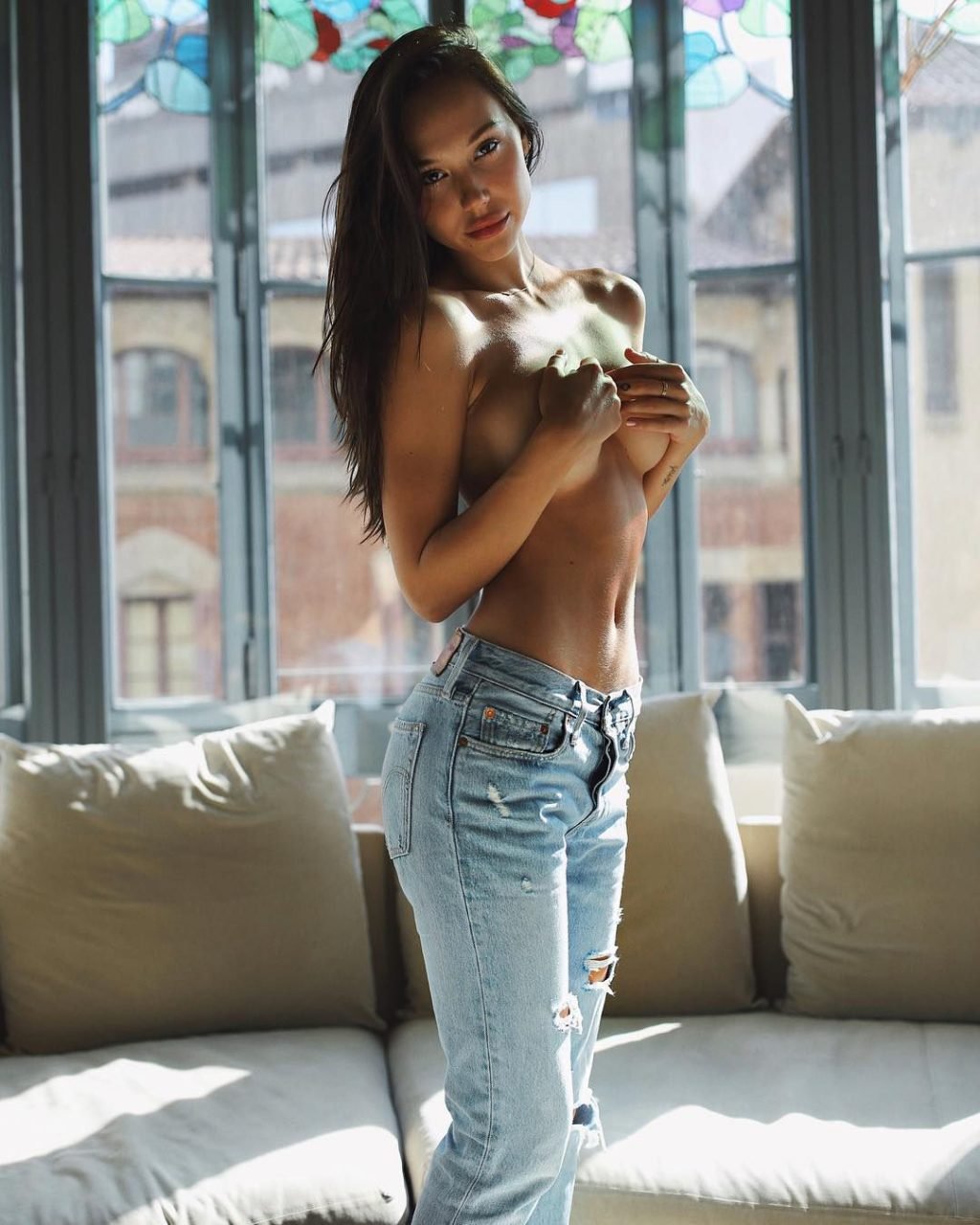 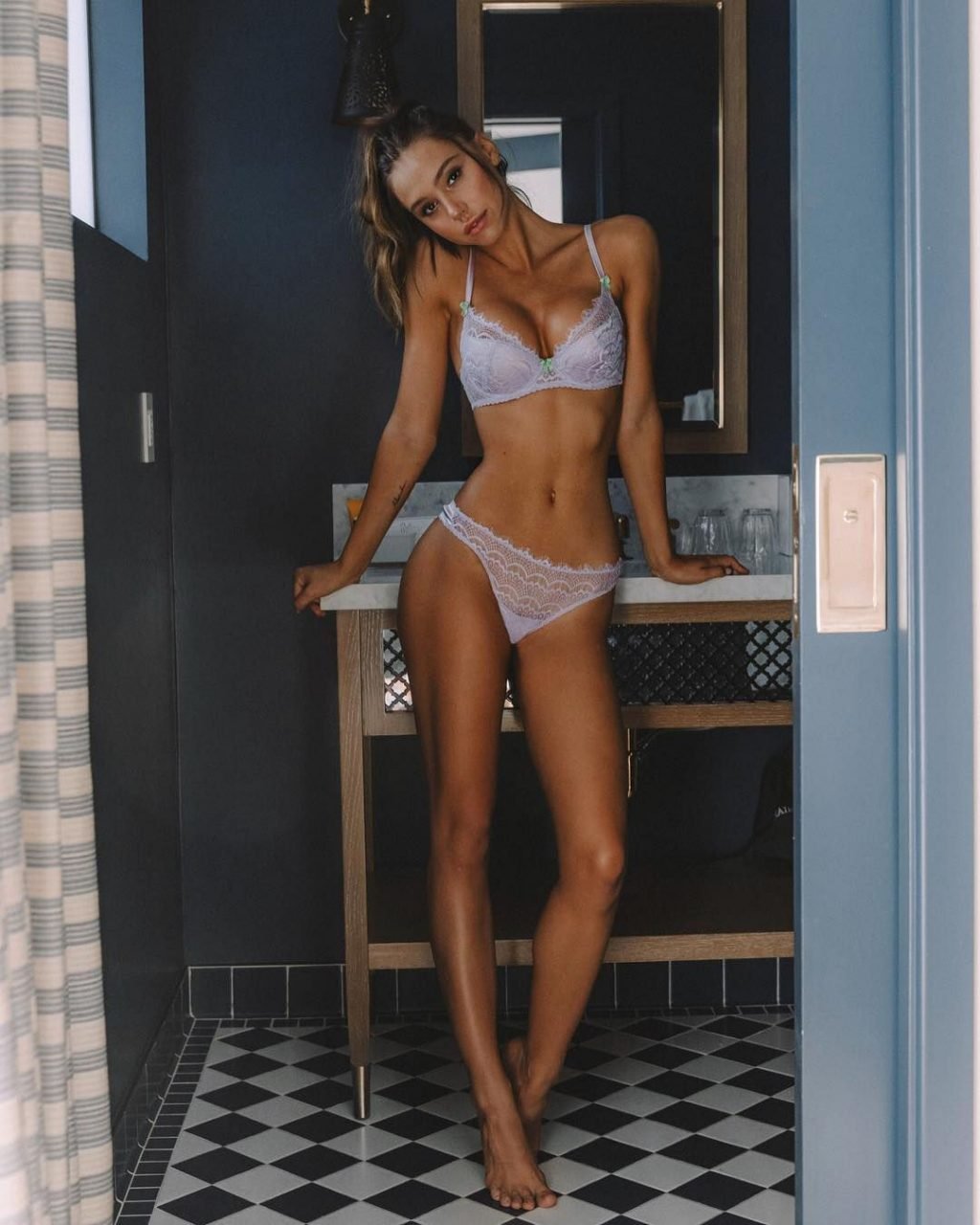 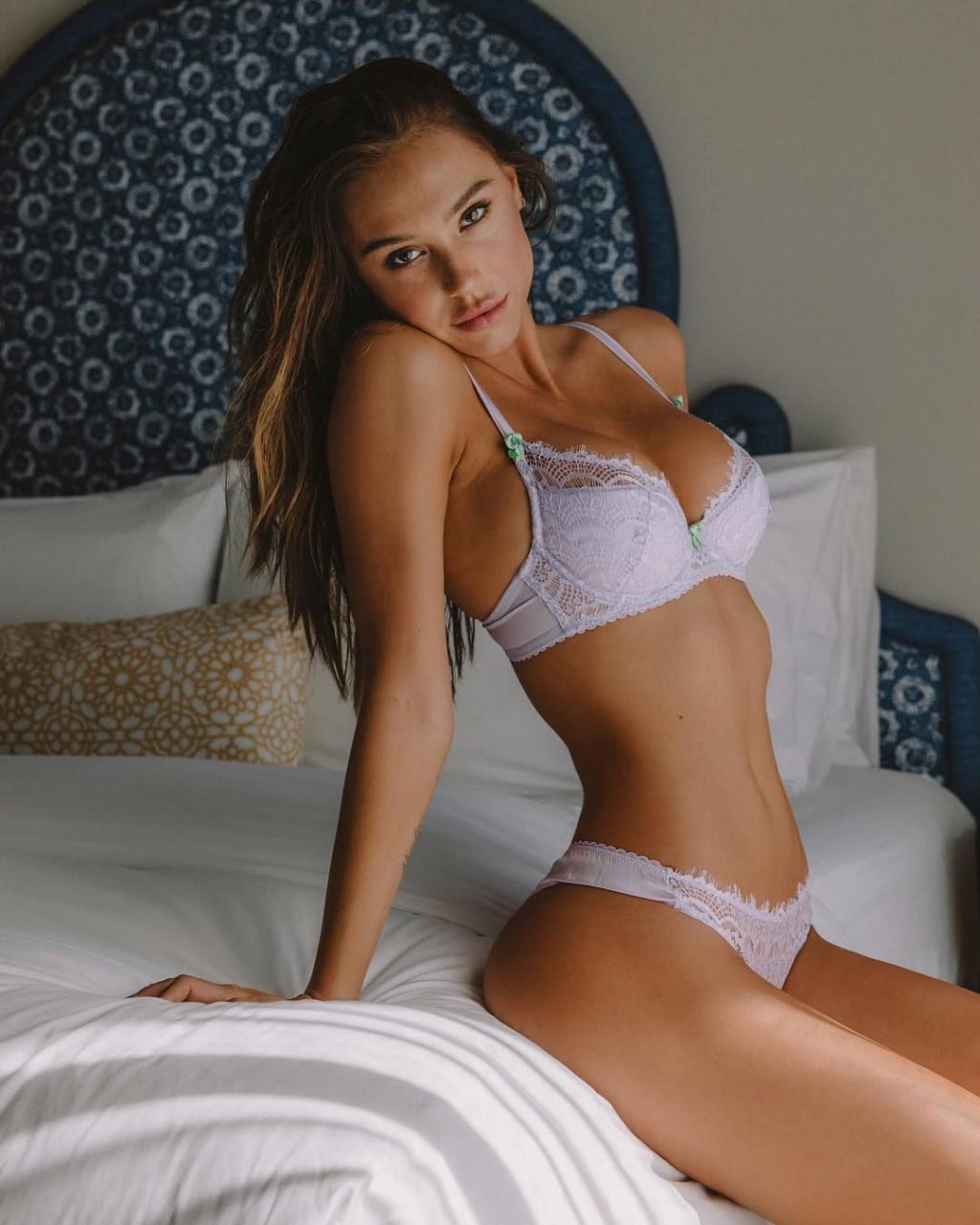